🔅 Solar Storage Could Make Us Less Dependent on Power Companies 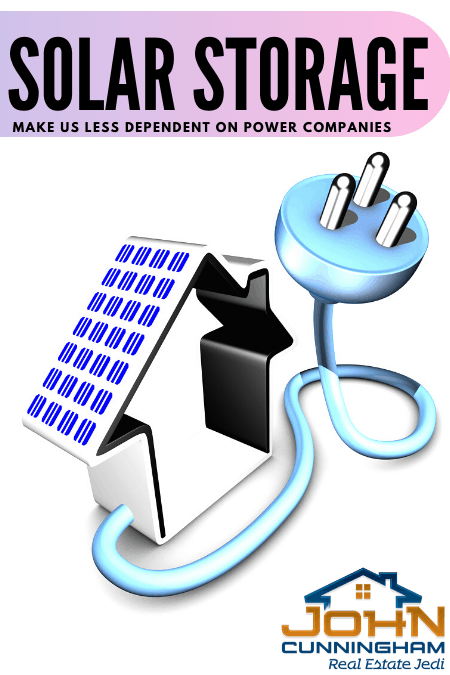 Solar batteries are really one of those components in the solar system that a lot of consumers are wondering about. So I think before we get started, you and I need to sit down and write a thank you letter, to who? to Elon Musk and Tesla because without those guys, I think that solar storage and the entire industry would be a little bit of a sideshow.

Now, it’s immensely popular. Everybody wants in and they’re starting to see the benefits of solar storage. Elon was right, so thank you Elon and thank you Tesla.

Next, who is the major provider of these batteries? Well, yes, Tesla batteries are immensely popular. So popular that Tesla can’t keep up with the demand of this solar storage at the moment of this recording. So, the biggest supplier of solar batteries is actually LG (Life is Good). Those guys are supplying the major lion’s share of solar storage batteries because with Tesla, when you order there, their battery storage system, you’ve got to wait six to 12 months for those batteries to come in.

So, you’ve got the panels on your roof and you’re waiting on the solar storage project. LG has become a mentally popular, no batteries do cost money and they drive up the cost of the overall system. But here’s the real benefit of having solar storage. If you’re using a solar storage to generate electricity, you’re probably getting some power from the grid at the same time. Now, the cool thing about the solar storage is it’s able to take that power and store it. Then, you’re able to use that power stored in those solar batteries during peak rate hours.

So, you’re going to draw off the solar batteries when the local utility company is charging their highest rates. Solar storage that you install in your home will drop or completely eliminate your energy bill, and you will find that the panels make your home a much more valuable place to live. In addition, if you’ll gonna ask if you’ll continue paying the power company after installing solar storage then here is the answer. Then, lastly when the rates come down, that’s when you’ll tap into the grid and use that a little bit.

So these are some of the big benefits of solar batteries. Besides, if you have any questions too about solar storage, I’d love to have a conversation with you and introduce you to somebody, who I think is going to do a great job with talking with you about solar batteries and solar panels. If you don’t have either one of those things. I’m Phoenix real estate agent John Cunningham with exp Realty. Thanks for watching this video about solar storage. See ya!

Buying a Home With a Well: What You Need to Know – by Bill Gassett

Energy Efficient Upgrades for Your Home – by Jeff Nelson

Do Solar Storage/Panels Make Sense For Homeowners? – by Paul Sian

Can Smart Technology Help You Sell Your Home Faster? – by Sharon Paxson